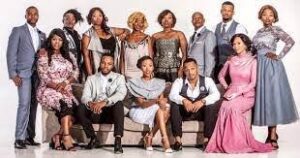 A decision Njinji makes puts the family is a grave danger. The tide seems to have turned for Gabisile and Lilly is confronted by MaDongwe and Nonka about her debts.

Lilly is shocked when her finances are a topic of discussion in the family. Sbu learns that starting a business is not as easy as he thought while Njeza realizes that there’s a new bull in his kraal. Gabisile’s radio show helps out an abused man.

Vika and Njinji shut Nomaswazi out of their next project. Gabisile almost gets burnt for playing the hero. Lilly loses out on an important work assignment because of General while Njeza pleads Sbu’s case to Hlelo.

The Magwazas are forced to give up one of their biggest assets to safe their skin. Hlelo gets a taste of the life Sbu has been selling to her. The man who is abused by his wife has to make the biggest decision when Gabisile comes knocking at his door.

Gabisile’s good deeds come back to bite her when she gets a threat in studio. Kwanda shocks Nonka with an unexpected proposal, ready to take things to the next level and Hlelo is looking like a flame, turning heads with her new look.

The hostage situation at K-Mash FM takes a dangerous turn. MaDongwe tries her best to convince General that moving in with her is a great idea while Sbu and Nkunzi get into a vicious argument.

When Nkunzi finds out that Gabisile’s life is in danger he tries to rescue her but will he succeed.

Gabisile faces the wrath of a crazy woman. Njinji decides to side with Nomaswazi’s idea and lets Mamba go. General’s presence continues to cause chaos in the Xaba house.

Mamba visits Nkunzi after escaping the Magwazas. MaDongwe’s kids and General disagree on his involvement with the family. K-Mash FM wants Gabisile back at work.

Nomaswazi drops off a nasty parcel for Nkunzi. MaDongwe is not happy about what the kids have done which has affected her relationship status. Hlelo impresses Njeza and Sbu while Nkunzi pressures Gabisile to reconsider her career.

Nomaswazi drops a bombshell on the Magwazas about Mamba’s death, Mbatha’s new project isn’t greatly received while Gabisile claims back her power and goes back to the mic.

Gabisile presents a compromise to Nkunzi regarding her radio show. MaDongwe looks set to let General disappear from her heart. Something unexpected happens between Hlelo and Njeza.

Gabisile makes a shocking decision that leaves Nkunzi frustrated. MaDongwe and General have a heart to heart. Njeza and Sbu have an altercation with their boss.

Things don’t go according to plan for Nkunzi. Sbu and Njeza’s business finally takes off. Tension is high between Nomaswazi and Vika, when Nomaswazi gives him a friendly warning. General is getting deployed into a war country.

Hlelo finds herself conflicted between choosing Loktion Bling Wrap and KwaNjomane VIP Lounge. Kwanda finds himself working alongside someone he detests while Vika sets his sights on Sbu and Njeza.

Vika finds evidence of sabotage and he takes drastic measures in retaliation. Hleziphi makes a big discovery that might have dire consequences. Gabisile strong arms Nkunzi into revealing himself to the world.

Nkunzi makes a surprise appearance at the Magwaza Homestead. Meanwhile, Nonka makes a confusing discovery about her boyfriend while Flavia worries about the controversial guest they have on their line-up.

When Kwanda organizes a lavish surprise party everyone thinks he’s going to propose. Especially with evangelist, bishop and pope Mbatha present. Hlelo takes her shot at Nkunzi, live on air.

Nkunzi’s actions rile Gabisile up the wrong way, while Njinji discovers information about Mamba that just gives her migraines. Kwanda succeeds in alleviating all of Nonka’s concerns. Mbatha continues his search for a wife.

Nkunzi tells Gabisile he’s not going to her luncheon. Vika wants to know what secret Nomaswazi’s keeping. Mbatha wakes up stranded at the beach.

Nomaswazi has a great idea on how the family can pay the Debt Collectors for the time being. Hleziphi is adamant that Nonka and Kwanda are drug dealers. Hlelo and Njeza have an agreement, what happens on the sea, stays on the sea.