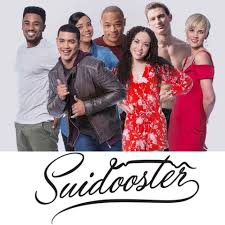 Elana and Ryno pressure Maggie into making a decision, while Kate supports Kaashifa. Wade is in a tight spot and Bridgette is worried about Mrs J.

Siya finds out where Ryno is, but it’s not good news for Maggie. Kaashifa makes a drastic decision, while Justin seeks a solution for the conflict between him and Wade.

Maggie misses Ryno, while Bridgette is worried about Mrs J’s health. Will Kaashifa have the courage to confide in Rhafiek?

The Samsodiens are trying to do damage control, while Wade and Angie see a light at the end of the tunnel. Siya gives Elana some food for thought, and Maggie has shocking news.

Justin and Susan invite Wade and Angie on a mid-week break. Elana is determined to save Maggie’s marriage, while Kaashifa sees no light at the end of the tunnel.

The Du Plooy house struggles to keep someone’s secret, while Elana has an unexpected visitor. Angie and Wade take a risk, and Siya confesses to Bridgette.

Bridgette wants to coerce Siya, while Justin and Wade try to make peace. Meanwhile the Samsodiens want to be more considerate towards Kaashifa.

Wade and Justin have a big fight about their company, and especially about Angie. Kaashifa tries to keep Rhafiek at a distance, while Elana struggles to adapt after saying goodbye to Maggie and her family.

The vortex in which Wade finds himself is spinning out of control. Mrs J needs to accompany the school choir to Hermanus and Kaashifa fears the challenges that the future will bring.

Carlo has a secret, while Tim discovers something that upsets him greatly. Kaashifa prepares a big day, and Angie’s behaviour leaves a sour taste in Wade’s mouth…

Kaashifa is anxious about what lies ahead. Angie insists that Wade mustn’t give up, while Chris makes a suggestion that has Bridgette excited.

Mrs J is excited about her overseas holiday but things start going awry when Bridgette and Zoe get involved. Wade’s financial situation becomes increasingly desperate and this leads to yet an other ugly fight with Ty.

The pressure on Angie and Wade becomes unbearable, while Kaashifa sees something that upsets her deeply. Tim decides about his future, and Bridgette puts her foot down with her mother.

Wade discovers that Ty was at his house to make amends. Kaashifa faces a few challenges, while Mrs J finds a third option for her overseas tour.

Wade is set on breaking up with Angie, while there are developments in Kaashifa’s life. Tim pushes Bridgette for an answer, but she puts him in his place.

Wade puts pressure on Danni and Zoe to release him from the lease agreement. Bridgette has no time for Tim, while Kaashifa needs to motivate herself to face the realities of life.

Rhafiek reaches the end of his tether and makes a big gesture, while Tim’s patience is tested to the extreme. Siya makes a shocking discovery, and Wade is at a crossroads.

Rhafiek has disappeared and no one knows why. Danni does something nice for a friend and Tim has had enough.

Rhafiek and Kaashifa surprise everyone but don’t get the reaction they hoped for. Wade is struggling with work but then gets an opportunity that he grabs with both hands.

Zoe chastises Bridgette about Tim. Wade decides to sell his car, while Mrs J wants to go to an old age home.