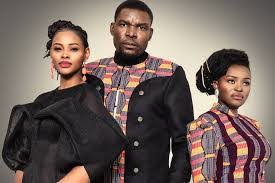 Tendamudzimu lies to everyone about his heart attack. Susan is finally excited about the SABC 2 interview but is met with a little resistance. Vho-Masindi wants Vho-Mukondeleli’s body to stay a night at the royal house but Vho-Mukondeleli’s family will not have it.

Azwindini wants Mukondeleli’s coffin to take the position of the throne. James and Lesedi have to confront the consequences of their lies. Susan gets a makeover but it’s a disaster!

Vho-Mukondeleli’s body leaves the royal house. Itseng advises Lesedi to forgive his father. Tenda finds the man who sent him the threatening package.

Azwindini threatens to interdict Mukondeleli’s family and stop the burial. Tenda orders the abduction of an enemy. Marang is unimpressed with James and Tenda.

Tenda’s handiwork surfaces. James gets an offer of a lifetime. Susan gets pampered.

Azwindini is outraged when his livestock is stolen and he finds out that the ancestors are punishing him for refusing to got to Zwifhoni. Vhangani is freaked out when he’s ordered to accompany Azwindini to Zwifhoni. He has to make peace with the fact the he could lose his life.

Imani decides to approach Moipone to help Lesedi on his quest to find out about his grandfathers.

Azwindini and Vhangani begin the journey to Zwifhoni, fraught with supernatural happenings. Susan is visited by Lowani with an unusual request from the women of Thathe. James finds out Imani took Lesedi to find out about his grandfather in one of the last places he’d want Lesedi to go to.

Azwindini risks his life to rescue Vhangani after he tumbles down a cliff. James reveals to Imani that he is the product of rape and incest. Susan gets a big donation towards her political campaign. Hangwani is distraught when the new menus she ordered turn out to be a mess.

Is Azwindini able to save Vhangani from death? How will Lesedi deal with rejection? Has Rendani bitten off more than she could chew? Has Cupid shot an arrow throw Vhutshilo’s heart? Will Vho-Masindi’s epiphany destroy Susan for good? The ancestors seem to have decided Azwindini’s fate.

Azwindini dies. James and Imani’s idea to take Lesedi to Disneyland falls flat. Vhutshilo chickens out from the date with Zama.

Azwindini returns a transformed man. James is worried he might unwittingly harm his child. Vhutshilo makes a fool of himself.

Gizara gives an order to ruin Susan’s career. James is emotional about his son at the hospital. Vhutshilo learns Zama only wants to hire him.

Ndemedzo announces his candidacy for council. Vhutshilo has competition for Zama’s attention. James is behaving strangely at work and at home.

Susan is summoned before a khoroni to answer for drugging Azwindini. James freaks out when he sees a leopard skin artefact in Itseng’s bag. Vhutshilo is worried that Zama is dating Reggie.

Strange and mysterious things continue to happen around James, prompting Imani to ask him to seek help. Susan’s decision to come back with a bang leaves her with egg on her face. Gizara does not hold back in his attack against a helpless Azwindini.

Reggie makes it clear that Vhutshilo must get out of his way.

Vho-Masindi and Vho-Makhadzi vow to deny Gizara if the attempt to rig the elections leads back to him. Imani is shocked to find James is wearing a beaded necklace. Vhutshilo displays his sore loser side.

Gizara is forced to confess or else he faces jail time. James warms up to his ancestral call to be a sangoma. Vhutshilo will not lose Zama to Reggie.